The Metaverse is a concept that is gaining greater popularity almost by the day. Companies and businesses are looking to leverage it, as it seems to be where many people are spending more time, while others are still exploring and finding out exactly what it is. New metaverse projects are being launched at a fast pace and hiring skilled metaverse developers is now becoming essential.

But first, what is the Metaverse? How does it function and operate? Most have heard by now, about Mark Zuckerberg making the decision to change the name of Facebook’s parent company, to Meta at the end of 2021. The term is even being thrown around in spaces and places that have nothing to do with the digital world specifically, such as restaurant brands, retailers, sports organizations, entertainment companies and more, as they all align more by the day, to the live VR based concept.

When we get behind the veil and look into the Metaverse on a deeper level, we notice that it has connections with both the blockchain and cryptocurrency. But just how are the two concepts related, and why? What makes the Metaverse and blockchain technology aligned and related? In order to understand fully, we’ll first look at the Metaverse, and exactly what it is. From there we’ll briefly expound on the blockchain, what it is, and then we should be able to discover why the two work together hand in hand.

What Is The Metaverse?

Put simply, the Metaverse describes the interaction and other experiences which occur between groups and individuals in a virtual setting. The Metaverse is much more than the virtual reality space itself. It is distinguished in that the Metaverse has implications into what is actually occurring in that space as well. The Metaverse is:

With this attempt to offer a greater degree of clarity, hopefully it is easier to understand now, what the Metaverse actually is, so that with the explanation of the blockchain and cryptocurrency, the two concepts can gel together for us in a simple, easy-to-understand format.

What Is The Blockchain Exactly?

The blockchain is a distributed ledger database in which digital payments and transactions are able to be sent and received on a peer-to-peer basis. The blockchain operates on specific principles such as cryptography, which is the science of protecting data that is stored within the blockchain environment. Other than cryptography, blockchain technology implements several other specific principles which distinguish it from other digital concepts. Blockchain technology is applied and utilized by Blockchain Developers, to build such decentralized database systems in order to process the many transactions which are presented in the ledger system.

The blockchain is open-source, transparent for public view at all times, and at the same time, tamper-proof and secure. It is necessary for Blockchain Developers to understand these concepts when working to build and enhance blockchain systems which are used as the underlying network infrastructure for digital ecosystems. Cryptocurrencies are used in many blockchains as the digital money needed to power operations implemented within the digitally based ecosystem. Since the blockchain utilizes cryptocurrency as the fundamental currency in the network, it is vitally important that the blockchain ecosystem is secured from outside infiltration which most often comes in the form of hacks and cyber attacks.

With this explanation of the blockchain and cryptocurrency adding to insight given already into the Metaverse and what it actually is, perhaps now, bringing the two together for a better understanding of how they are related will be much easier to accomplish with successful comprehension. So let’s review it one additional time in order to reiterate and drive it home, prior to moving along. The Metaverse is the environment in which interaction and other living concepts are carried out in a persistent, synchronous, fully immersed experience with a complete economy. It is open-source, or publicly accessible in order to empower full participation and contributions from anyone. The blockchain is an open-source distributed database or ledger system which provides an environment for secure global payments, wherein cryptocurrencies are deployed and used as currency and for gas, which are typically small transaction fees.

How Does The Metaverse Relate To The Blockchain?

The Metaverse aligns together with blockchain technology mainly in order to support the economy which exists in the actual metaverse iteration. The economics are aligned in this way, with the security provided by the cryptography applied therein. When specific actions are taken in the metaverse environment, such as the purchase of goods and services for instance, it requires a model which can support not only the transactions, but functionality associated with them. The blockchain provides the Metaverse with that capability to carry out such aspects like the delivery of goods, services, and other digitally processed functions.

So then the Metaverse and blockchain align and coexist well to bring the full potential of the applications which the Metaverse is positioned to fulfill. Rather simply, the experiences which the Metaverse hangs upon and creates are powered by blockchain technology and cryptocurrency. The economy is able to exist in harmony with the various Metaverse platforms in this way. So then, the Metaverse and blockchain technology are not just related, but the two live, very real concepts, are complementary in nature, and offer a full experience for everyone, made possible by the groups, companies and individuals who contribute value to the Metaverse by building within it. The two are independent, cooperative concepts helping to connect our world and bridge the digital and physical world together more harmoniously. 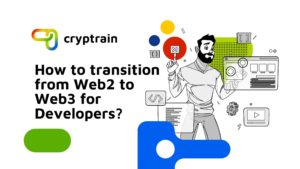